This book excerpt provides a step-by-step breakdown of the movements of the power snatch, from the starting position to the downward movement.

The portion of the upward movement phase from liftoff to where the bar is just above the knees is termed the first pull.

The upward movement phase where the knees and thighs move forward under the bar is called the transition.

The upward movement from the power position with the bar at the thighs and close to the body to where the lower body joints are fully extended and the bar has reached its maximum velocity is referred to as the second pull or power phase. 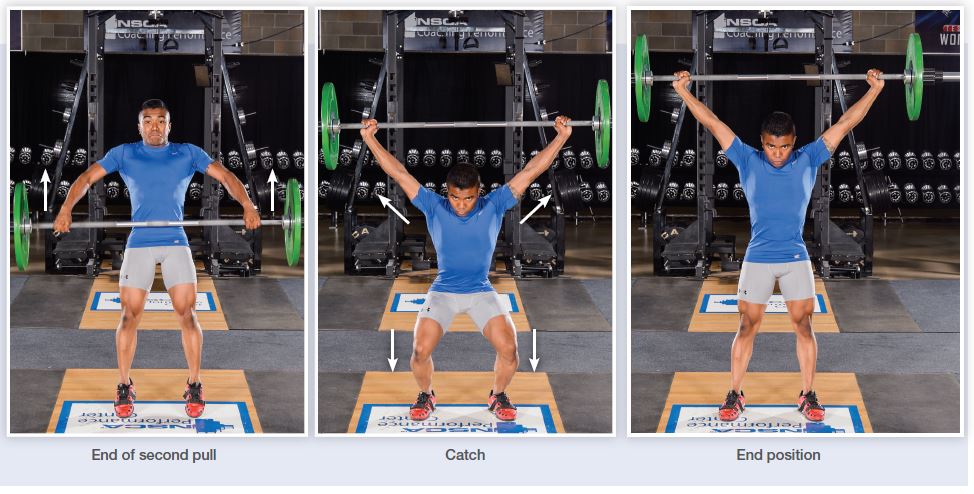 The act of receiving the bar in the overhead position is called the catch.