Assistant College Strength and Conditioning Coach of the Year

Congratulations to our 2019 winner!

During her time at Michigan, Jackson has worked with 3 conference championship teams (Water Polo 2016-2018), 12 All Americans, and multiple all-conference honorees.

Jackson was a Professional Intern for strength and conditioning at the University of Michigan from September 2012 through September 2013. She was responsible for Cheerleading and assisted primarily with Women’s Basketball, Men’s Lacrosse and Women’s Soccer. Prior to joining the Michigan staff, Jackson was a graduate assistant at Nova Southeastern University during 2011-2012. There she worked with the women's soccer, women's tennis, women's basketball, women's volleyball, men's and women's cross country, and baseball teams. Before working at NSU, Jackson worked from 2010-11 as a Sports Performance Coach at Xcel Performance in Friendswood, Texas. Jackson also completed an internship during 2009-10 at the University of Houston, where she assisted the staff with the women's soccer, baseball, softball, women's swimming, and men's and women's cross country teams.

Jackson is originally from Stephenville, Texas and currently resides in Saline, MI. 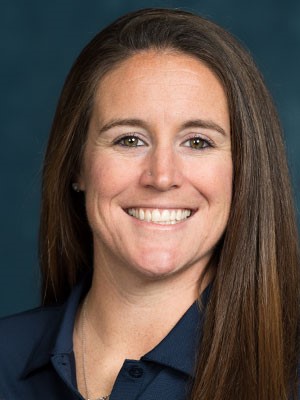 *Consectutive membership is counted back from the date the award is to be conferred.

Additional requirements listed in the General Awards Criteria, include but not limited to, the nominee must be nominated by a member in good standing and nominees will be sent a criteria sheet to fill out that must be returned before the required deadline.

How is the recipient selected?